Probably you slowly get bored, but blue ocean is all I can take pictures of right now....Here some new shots. We went back to Rikitea / Mangareva today and watched the practicing of 2 of 3 Mangrarevan groups for the competition in the local music/dance tonight. Fun. I forgot the name of the competition, but it takes place on all islands in July and usually the winners of each island then go to Tahiti to compete. Unfortunately the winner from Mangareva does not travel anywhere, but they are practicing hard anyways. Almost every night for 3 months!

At the aiport, waiting for Sebastian 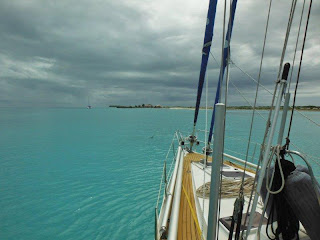 Our crew with the new T-Shirts: 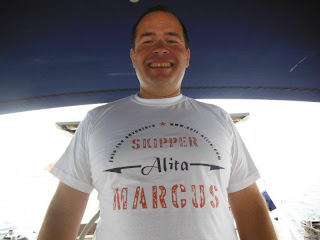 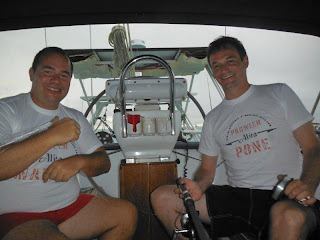 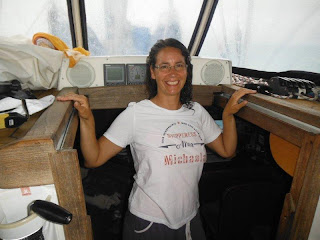 Just above the black calm water you see a silhouette in the sunset: waves at the riff, where wind against the wave direction blows the top of the waves back 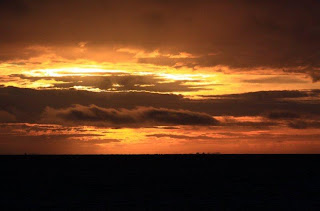 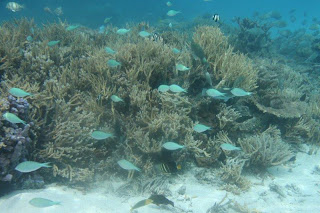 A stingray (Stachelrochen): looks like an UFO - unidentified fish object ;-) - just as it starts its engines 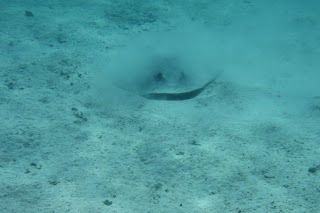 and then takes off 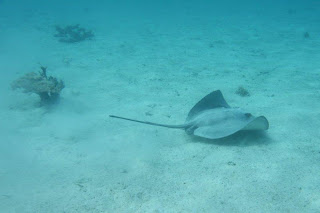 It's the biggest I've ever seen, and the closest. I was only about 4m away. 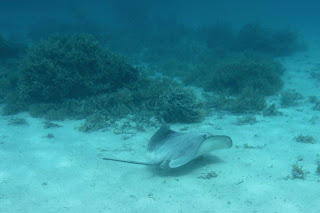 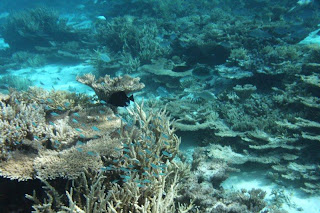 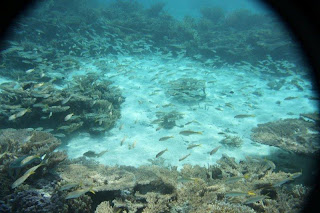 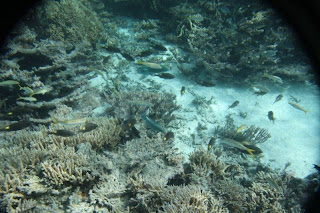 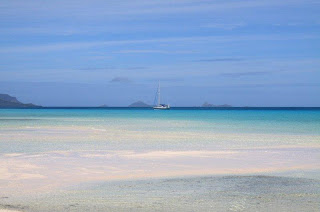 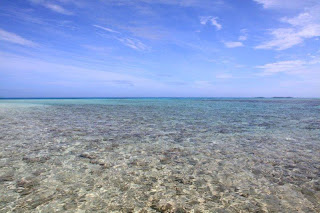 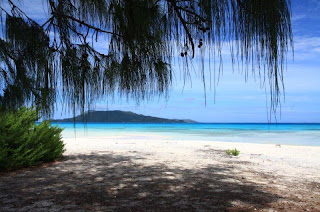 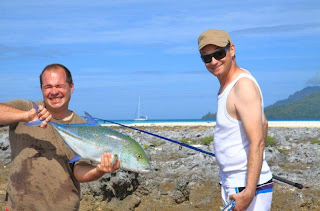 This fish serves us for 3 dinners. Already had 2: filets on the grill and today a fish curry that Sebastian cooked. Yummy 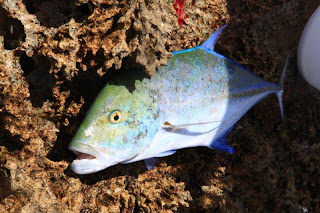 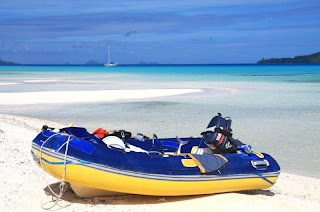 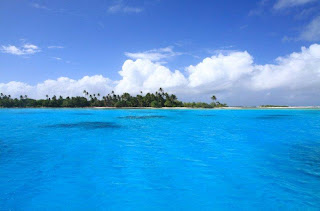