Almost 3 days have passed since we left bay Micaela to see the Icefield (venitsquero) Pio XI. Someone said it's the biggest one in south america (to be confirmed). With eyes and mouth wide open we surrenderd to the majesty of this mass of ice as we sailed close to the front wall which is at least 3times as high as the height of Alita's mast and about 2-3km wide. The weather god is very kind these days which allowed us a photo shooting of Alita driving and sailing in front of our blue friend - alone, no other tourist boat there. Seen from the Dinghy our beloved sailing boat appeared like a little radio controlled toy boat against these huge amounts of ice. Everytime I close my eyes I still see these pictures of the most beautiful blue and hear this one ice breaking off and falling into the water.

Adding the cream to this ice show were the dolphins playing with Alita again and again during our drive in Seno Eyre in both directions. No wind and absolutely calm and flat see together with a white and blue sky gave the most beautiful scenery, where the mountains, floating ice and clouds mirrored themselves in the water together the dolphins. As I took pictures of the dolphins playing under the bow (Bug) of Alita the water was so clear and calm that you can see Alita's and my reflection in the wet dolphins skin. And I had exe contact with the dolphin swimming on his side. Like surfers in waves or skateboarders on their grounds the dolphins took turns in being sucked forward by Alitas move in the water. I don't know how it works, but obviously the bow wave creates a sucking moment, which the dolphins use to play while not having to swim themselves. Thsi was the first time I could see that because of the calm water and the dolhins enjoying that game for a while. Just amazing and so cute. These grey and white dolphins were huge, probably the biggest ones I have seen so far, about our size and not thin at all. There seem to be good feeding possibilities - sea lions showed off as well. Just such a peaceful and beautiful place.

Yesterday we visited the town of Puerto Eden, now we're on the other side of Eden ;-) Puerto Eden (49degrees 08' S and 074degrees26'West) for sure is the most different and unique town I have seen in my life so far. Less than 200 people live in sheds called houses along the coast line connected with each other by a wooden path like a long pier from one end to the other and over the hills from one side to the other as a short cut. No street, no cars, no concrete, no asphalt...But 2 supermercados with ocean view, in one of which we bought eggs and bread (I guess the guy quickly opened when he saw us coming). Another specialty: the tourist guides are dogs. Arriving on the police pier, where we left the Dinghy, one dog greeted us and as we walked along the pier, more and more dogs came with us. We ended up being escorted by 7 dogs! I loved it. This place is so picturesque and colourful that Jens and I had to stop our fingers from constantly pressing the "shoot" button on our cameras. The people living there are mostly descendants of the "Pueblo Kawesqar", which already settled there 6000 years ago and, like today, lived of fishing and needed very little to live. The town has a new school building with a library with free internet, although I have only seen one child. The Ferry of the company "Navimag", which passes by there once a week, brings the mail and the Armada brings food. They start to prepare for tourism, we even found a hostel and some (closed but new) souvenir stands next to the new huge passenger pier, which cost 2,5billion pesos.

Now, for the first time in a month, we're back out on the ocean, in the Golfo the Penas, which opened up a wonderful view in the evening sun and under the rising full moon to the snow covered volcanos on the mainland. Feels a bit strange to not have thousands of beautiful islands around you, which look like 200 year old turtles (Schildkröten) with some algea (the green trees on the bottom give this impression). Some of those rocks of the islands have an extremely smooth surface which, after rain, shimmers in an elegant dark grey in the sunlight. Now we're without protection and without the run and hide possibilities with shelter in beautifully calm bays like we had them for the last 4 weeks. We will for sure miss those places, but I am sure new beautiful places will show up as we go on. Well, we'll be bak in the channels later today until we arrive in Puerto Montt around march 4th. From there we're back to coastline sailing. Hopefully sailing. The only downside of our breathtaking trip down here since Ushuaia has been the 98% motoring. So hopefully we'll be a sailing boat again soon. Until then we still have another highlight coming up: a 5-Star-Hotel with a thermal bath, where we can anchor and hopefully use its facitlities.

Current position: 46degrees53'S and 075degrees 41'W, close to Faro Raper, which will call us soon by radio and ask us for our identification ;-)

Here are some pictures of Puerto Eden:
http://sailing.smichah.de/#45.0 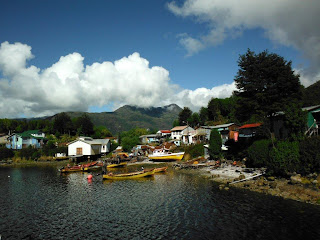 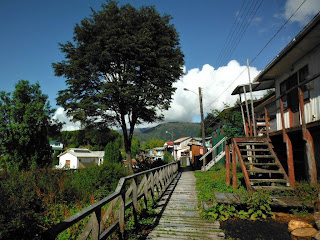 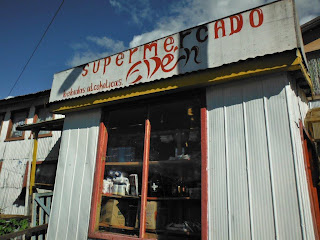 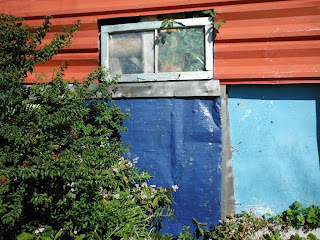 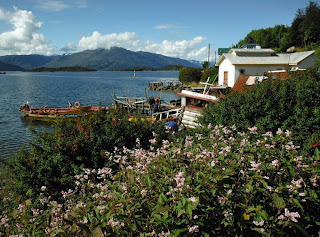 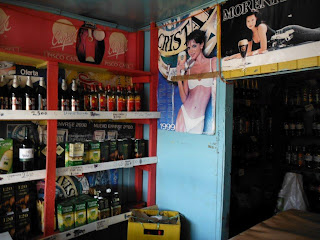 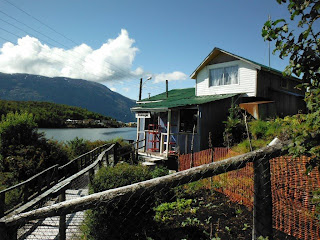 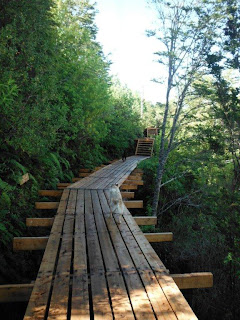 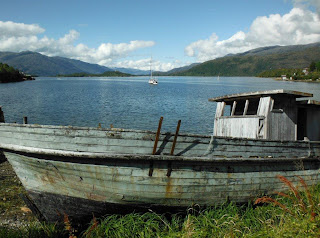 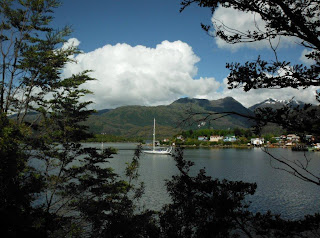 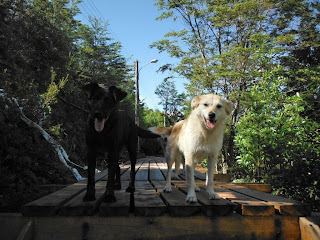 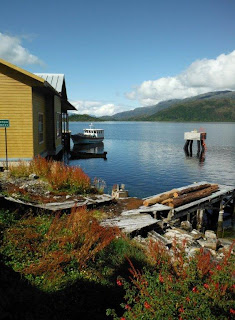 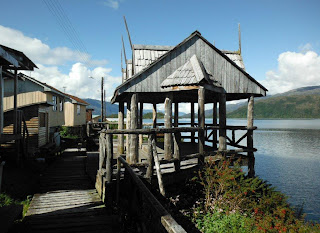 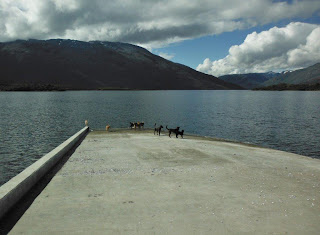 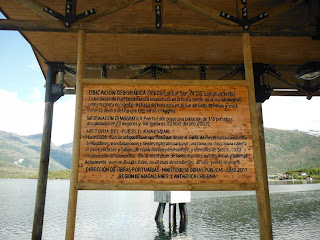 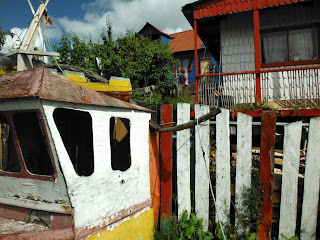 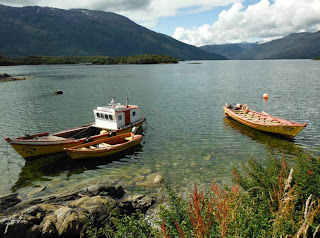 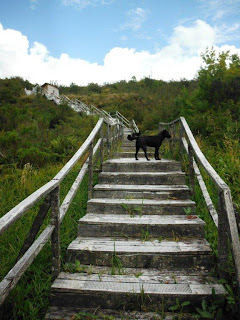 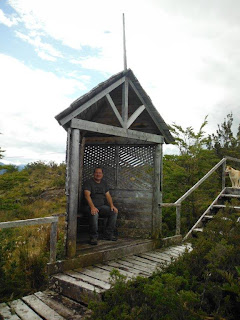 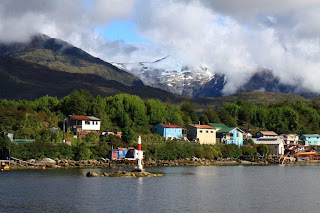