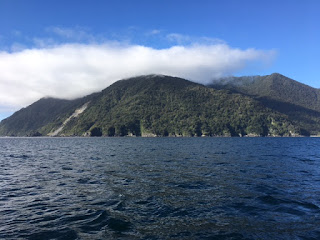 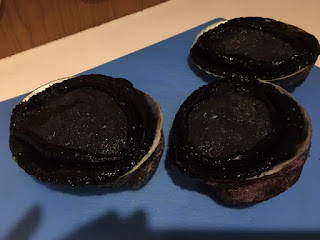 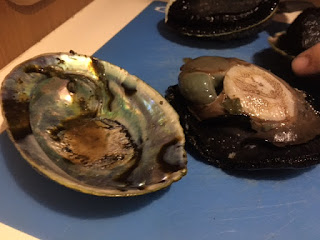 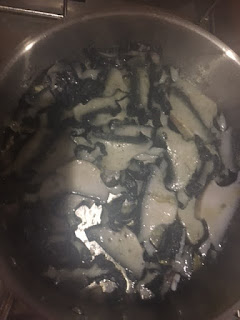 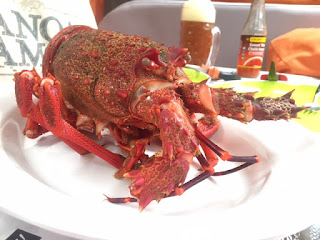 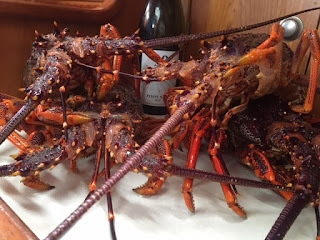 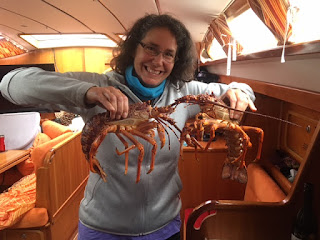 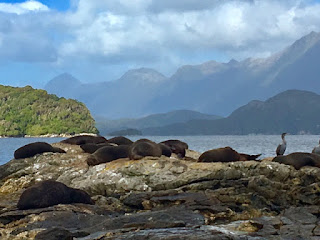 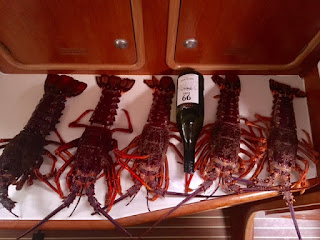 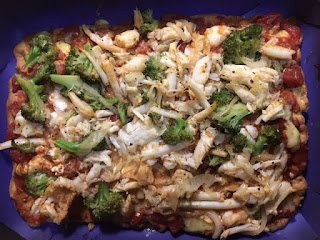 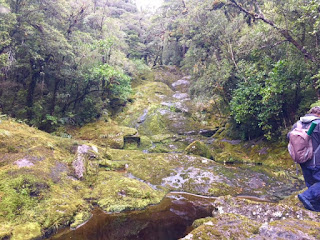 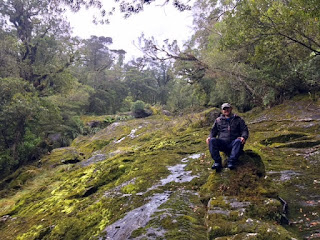 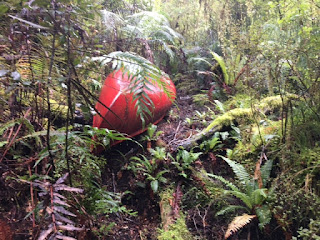 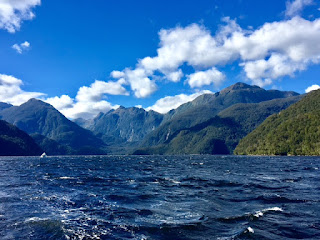 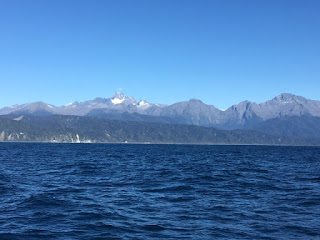 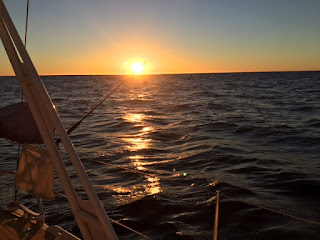 After two months cruising around the South Island of New Zealand we're back in Nelson where I hope to get help with my MacBook. I don't want to give up the hope for repair yet...
We actually sailed most of the time on our way up, but it was a restless ride in terms of constantly changing conditions- from absolutely no wind to stormy gusts we had everything, all sails out to second reef in tue main and the small foresail perpared. But nothing bad came and the waves were quite ok considering what we had gone through two years ago and considering there are always two swells from usually opposing directions - just that the swells we had were quite small. Still uncomfortable for my stomach, but ok. Arrived at Anchor in Abel Tasman yesterday afternoon. I took my kajak and went ashore for a walk and then for a swim from the boat. Ah that felt so good.

Here are few pix from the last 2 weeks:

Last day in the south

What happened since I last wrote? We travelled to Breaksea Sound to continue to Dusky Sound via internal waterways after a night of relaxing. Since it was fair weather we chose the anchorage closest to the waterway. It was small and pretty but full of sandflies. Just before dusk and when I started cooking the (late) dinner for us a fisherboat called Stingray came in and tied up to their moorings by the wall. As they do here in the Sotuh they grabbed something from their boxes and brought it over. I stepped out and this very handsome guy in his mid 30is handed my over 3 Paua-Shells. Ok, I have never seen them fresh and never eaten them. I must have looked a bit puzzled when he asked me if I knew what to do with them. "No" I said, "but I am sure Marcus does". He offered me to get the mussel out but I said we'll be allright. After a brief conversation on each other's plans for the next day he went back and I showed Marcus what I "bought" the Kiwi-way. We ended up frying them in slices in olive oil with garlic and it was delicious. I still cooked our dinner but I did not eat anything anymore, so most of it was left over (potato with lamb and peas baked with cheese in the oven. After dinner Marcus went over to thank them and brought them 4 beers to thank them. Next morning we woke up and we both had heard a boat and thought someone else had come into our small bay, but there was no one there except Stingray and us. I knew the boys just wanted to go diving in Breaksea that day. After a while Marcus started laughing really bad. He came to my bed and said: "There is a melon a mango and two Joghurts waiting for us on deck". "YOu must be joking, These guy are nuts." was my response. Maybe their wives had given them the fruit and they did not want it? Why would they give something so precious to us. So we put the food from last night on two plates and packed it up really good so they would not have to cook that night and quickly left to go to ANchorage Island - Luncheon cove. Here Thomas Cook had his famous crayfish feasts and built a new ship. We were lucky there 2 years ago when a fisherman gave us 2 crayfish, Marcus dived out 5 and we got some more heads from adventure hunters. We wanted to to the full hike on the island this time. Unfortunately the weather was not very nice the whole time. BUt that first evening "Stingray" found us and brought us a box full with 6 (!) crayfish he had taken out of his pot. He knew we would be there somewhere and Marcus wanted to dive for them - and was afraid we would not get enough so he brought us some. These guys are just unbelievable. Thank god I have just made a fresh "trading" cake. So I gave half a cake to them. In two dives Marcus only got us 2 crayfish, so now we have 5 tails in the freezer and had our share of heads plain, in Pasta and on Pizza. Unfortunately no more "cake customers" came in. With the constant rain we never got to hike, but we met a very nice Australian couple who came in on their Catamaran. That was a lovely socializing. We left for George Sound, where we are now, the day before yesterday, but since it keeps on raining and raining (at least our 600l water tank got filled up by 40%)we are going to leave tomorrow for Golden Bay hoping to get a bit of the rest of summer up there. Despite the rain we did our traditional hike up the side Alice waterfall yesterday. Up on top and after a short hike we took that wrecked old canoe out of the bush into the lake which has lost about 1,5 m of water, almost lost our Crogs sinking into the mud with our feet, and paddled out. Marcus tried Flyfishing without success. We saw no fish. And we were astonished that despite all the rain the waterfall into Alice lake was dry. So after an hour so so in the rain we climbed back down, back into the area where the sandflies eat you up. Nowhere else are there so many sandflies as here. You can't be outside without even the nets over our heads. So now we're got enough of that, we're leaving. For good. Up north, hopefully to the sun. From Golden BAy we'll sail up to the north of the north island with the next weather window as a friend of mine is arriving in Auckland on March 25th hoping to board Alita next day - we can't tell him yet where that will be. Probably Bay of Islands.
So all good for now. My only problem is that my computer is almost dead. That means all my creativity is on hold. No music composition, no photography, no movies. I have to buy new batteries for Alita, so I can't afford a new Laptop. I have little hope we get this one back to normal life, but we'll try. In May my brother will bring me my old Win Laptop, but this is not for my hobbies. So long. Trip up north will take about 3 days, so I probably won't write inbetween but Marcus will set off position reports I guess. And you can follow us on marinetraffic.com - AIS SV ALITA