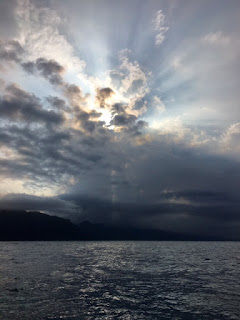 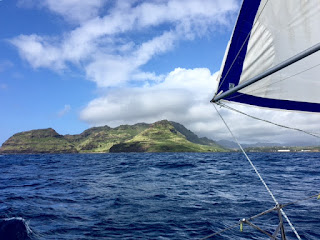 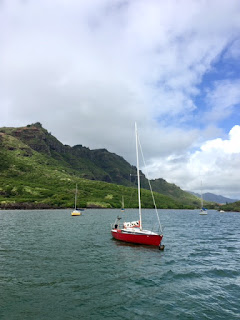 We left Kane'ohe Bay in the late afternoon yesterday again with dramatic light and just safely arrived at Nawiliwili Harbor at beautiful Kauai, the forth largest and the oldest of the Hawaian Islands. Kauai is known for its beauty and I can't wait to explore it. We are anchored out in the harbor and have a rental car as of monday morning for a week.
Today, after checking out the town here, I am gonna pull my piano out and see if I get something going.
Written by Micha um 12:50 Keine Kommentare: 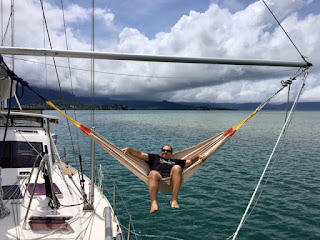 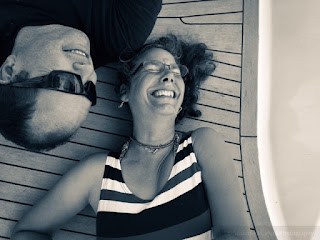 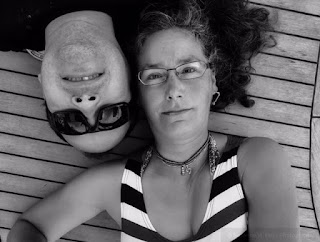 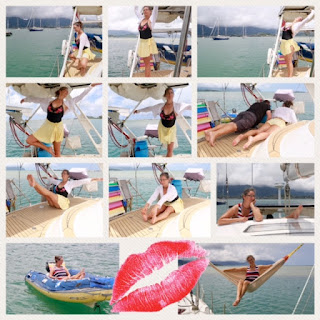 We're having a blast shooting footage for our Alita movies to come. We are working through all my material and will start making videos on a regular basis about our life on board, our dreams, personality as well as repairs, cooking and much more. Today we shot some footage for the introductory video and we really enjoyed it. Stay tuned.
Written by Micha um 05:10 Keine Kommentare:

Here my favourite shots:
Wave at the beach - you need a bit nerves for that. Oh how I love being in that water. 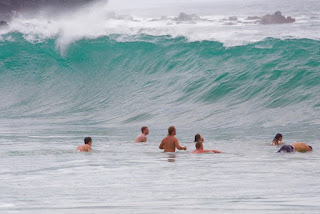 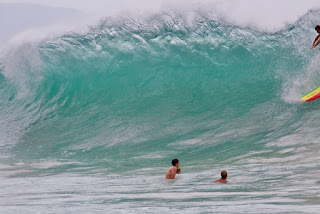 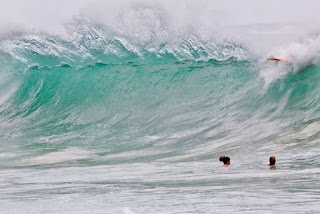 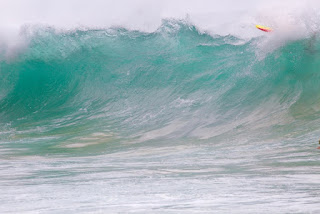 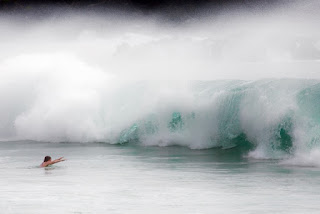 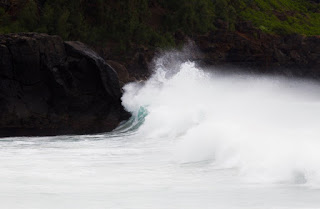 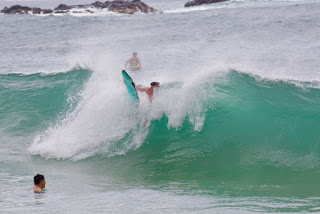 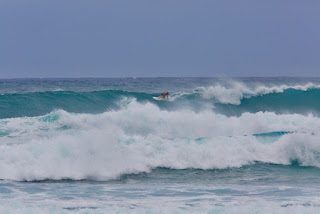 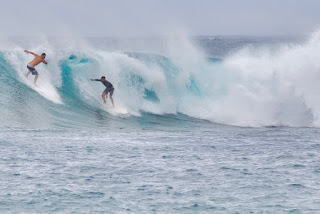 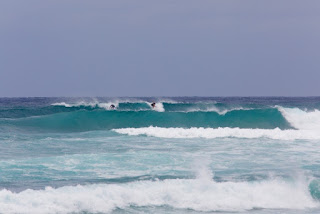 Time flies by when you live to the fullest in nature. When you can't get enough of that view, when you listen to the birds sing for hours or enjoy a beautiful sail with 8-9 knots through the waters of Hawaii. This last week was just amazing. All that relaxing time in Long horror at Molokai. Then finally we sailed on to Lahaina on Maui. During that sail we finally managed to get great videos from Alita under full sail and with a nice speed making a decent wake. Of course the wind picked up once I was flying Charly (the drone) and started healing more and more while I was standing on deck at the stern (back) not being able to hold on to anything as I was holding the remote control. That god I have such a good balance that I was able to withstand all the rolling and healing. Finally when the side of the deck nearly hit the water I sat down which did not make it easier as I tended to slide down. But I had to control Charly, even when Marcus drove a jibe. After about 20 min I flew him back in, just in time before even heavier winds and rain hit us. What a ride!.
We spent a night in Maui rocking' and rolling as usual. It is just so interesting that at night, this time 10p.m. all of a sudden first the wind dies and then the waves and thus the rolling. Literally from one second to the other. I could not believe that. Having picked up seem fresh groceries we let go of the mooring again and motored against the wind up to the world famous Honolulu Bay. Famous for decent snorkling with a good chance of meeting a turtle and famous for big wave surfing. We had been there on land in January when it had 6m waves just 100m away from where we anchored this time. Hard to believe. And we did find our turtle and Marcus even got to film it really well. Oh so precious. Having spent the day at sea and swimming we went to bed early to get up at 4a.m. next morning to be at Molokai just after sunrise. My dream of many years has come true: we sailed along the step cliffs of the north shore of Molokai. The weather was not great, but the cliffs were spectacular nervertheless. I got to take two nice videos with Charly before it startet to rain again. Wen continued with a just beautiful sail back to Oahu, this time to the east side into Kaneohe Bay, where we are anchored now. Arriving here we had such a wonderful experience, but I will leave that to my next blog entry tomorrow.
Pictures below are:
Sunset at Lono, view over Lono harbor from cliff and back up the cliff from Alita, West side of Maui, Fish and turtle in Honolulu Bay, Alita sailing past Lanai and arriving in Honolulu the first time (in January), me doing Ballett at anchorage in Long harbor, two pictures of Lanai and me sailing towards Lahaina 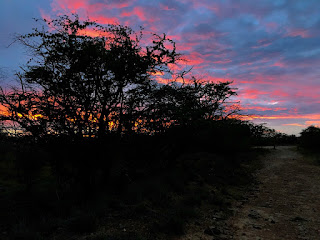 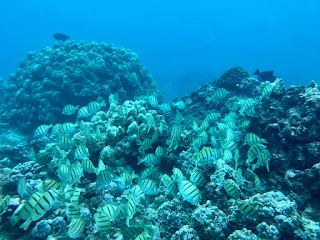 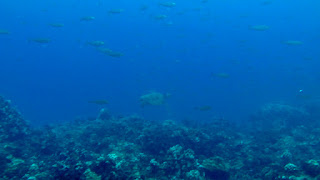 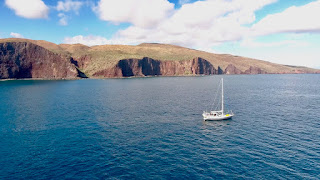 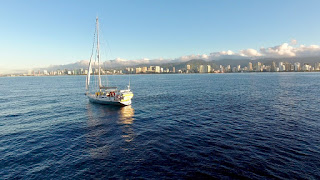 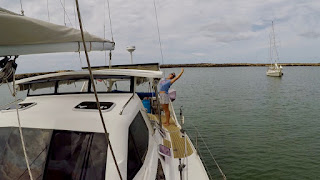 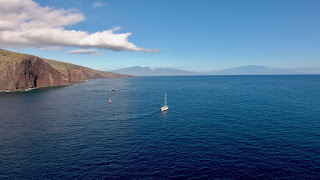 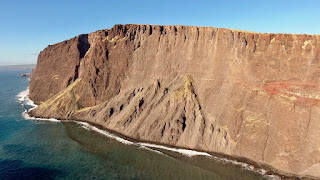 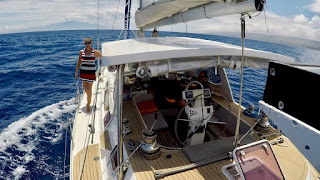