Here are some pictures from Fakarava, after we moved to the south anchorage.

All Fakarava pictures are in the photogallery online.
http://sailing.smichah.de/#!album-63 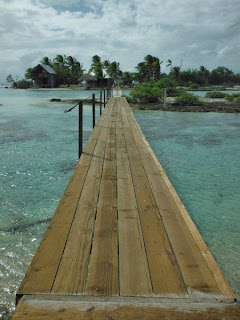 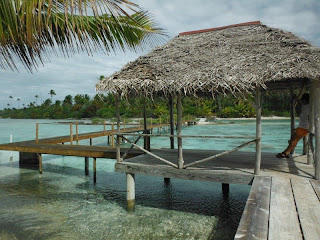 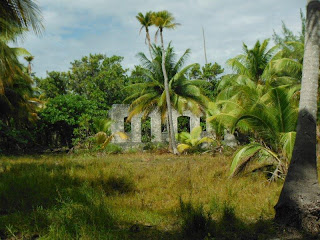 Hotel at the south cut in Fakarava 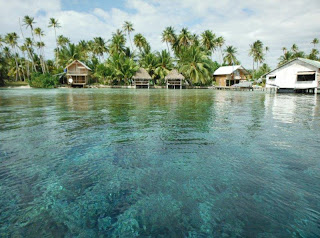 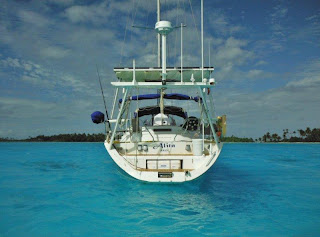 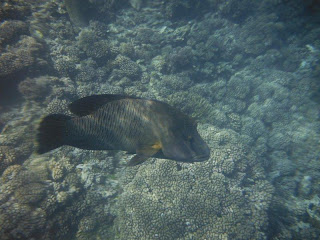 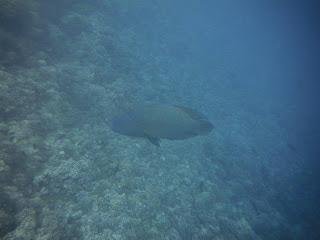 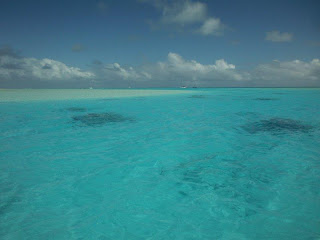 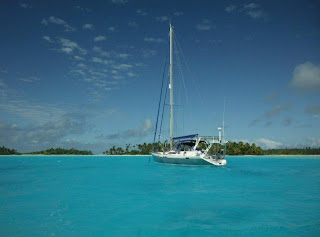 Finally you can see reef and island at the same time... 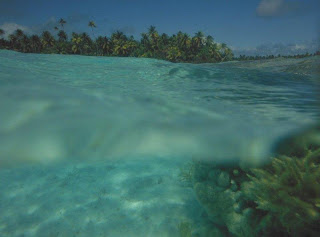 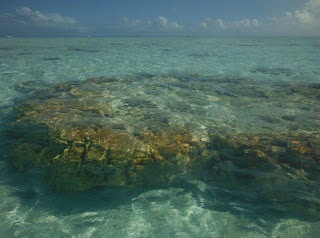 Look close: here you'll see the smalles fish I have seen. Note, the corals are the same size as under the Napoleon fish. 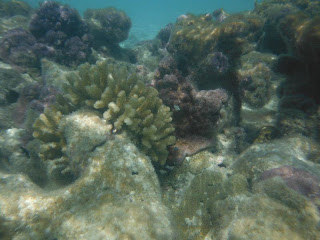 I LOVE this picture: a sinking flower under water and the clouds in the sky. 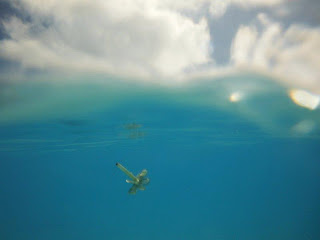 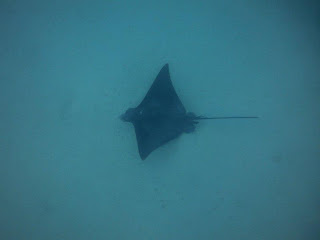 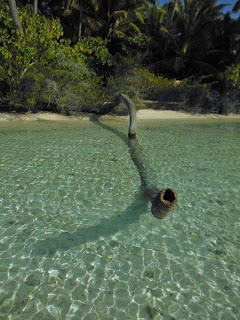 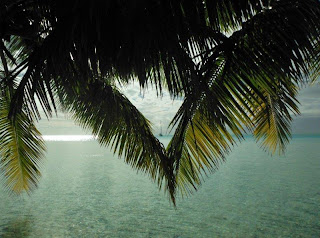 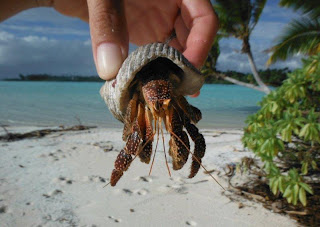 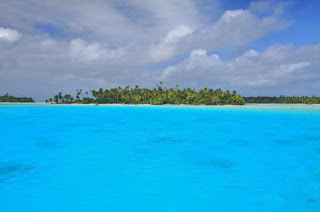 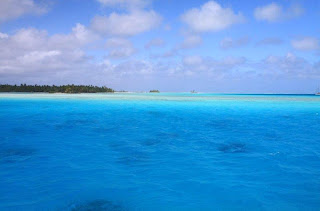 We arrived in Tahiti yesterday early in the morning, we're in Part Phaeton (just a big bay on the west coast where the two parts of the island meet). We have been busy and continue to be here, I will write more soon. We were at the Heiva festival in Papeete today to watch today's participatns for the group dance and singing competition. It was fun, traditional dance, Music made by their own percaussions and singing, fun and great costumes (too bad the natural costumes started to fall apart pretty soon). SO much for today...

On the 4th of July we moved from the north of Fakarava to the south and anchored to the west of the big cut in shallow and incredibly turquoise water with many coral head below us. I enjoyed the time in the north visiting the island, biking around and filling up our stocks and now these last days I have really enjoyed the south despite the not so nice weather that we had. We had stayed a day longer in the north because of a strong southerly wind and heavy rains, which then changed to a strong southerly wind, which let us move to the south.
Here in the south we met our friends Pete and Rae (SY Saliander). We had brought them a fresh baguette and in return they let us know about the good snorkel site. They decided to stay a day longer so that Marcus and Pete can go diving, which was great. Rae and I were in our Dinghies following the guys the next morning. After a lunch together on our boat they left towards Tahiti, although the weather forecast was not very nice. Winds of around 30 knots, lots of rain and high swell did not look charming, but friends were expecting them in Tahiti and at least the trip would be fast (it took them less than 1,5days!). We decided to stay and wait til this is over. Last night it finally calmed down with the seas outside still being rough.
We used the day today to go drift snorkeling in the cut (Fakarava is very famous for its great snorkling and diving in super clear waters in the cuts)and enjoy this beautiful piece of earth while waiting for the sea to calm down. I went swimming here in our private bay after the snorkeling and did get to see an Eagle Ray (Adlerrochen), very beautiful. Of course I also have pictures and a short movie. This is the first time I had seen one, it looks like a huge eagle with a ray reaching out his tail and with the wings from a sting ray (Stachelrochen). It really has a bird's head and tail, just a lot bigger. Talking about big. Today I have seen the biggest and the smallest fish that I have seen so far on this trip. The biggest was a huge Napoleon fish, about 1,5mx40cm, and the smallest a little blue baby fish, maybe ¼ of an inch long (less than a cm). I became a fan of the Napoleon fish; it looked like a huge toy and came quite close. They are used to people here. The sharks were around us all the time as well, but not interested in us. I tried to take interesting pictures from their faces but they did not come close enough. It seemed like a prefect peace down there in the water, all sorts of fish swimming next to each other, waiting for food to drift by. Only a huge bird got stuck in the reef while trying to fish. Probably it caught a fish and this was too big to get out. It was quite a long fight during which the bird had its head under water. We thought it would drown, but it didn't.

Anyway, we had a great time here and tomorrow morning at around 10am we'll leave heading towards Tahiti. It should be a ride of a little bit less than 2 days with winds averaging around 15 knots. I'll let you know when we arrive in Tahiti, but it might be a day after the arrival. We plan to arrive on the 11.7.2013.