Those past two days, yesterday and today, have been exciting and wonderful. I am writing this as we're motoring into this year's last sunset in this area here.
Yesterday we sailed to Parengarenga Bay, where this is a gorgeous white sand spit - white sandy beach for miles and on that sand spit there are dunes and some bush. You have to be very lucky to be able to drive your sailboat into the river behind the sand spit and this area around it because the entrance to our belated white christmas event area is blocked by a sand bar, which on its deepest position has a depth of only 2,1m. Which seems to be no problem in a calm water river or Bay but it puts an end to almost every sailor's wish to go there. As soon as there is a small wave already it is impossible to enter, especially when you have a kiel and draw over 1,5m. You have to wait for almost no wave (which means westerly winds) and an incoming current. If you have outgoing current you have wave against current and that's not good.
So, we were lucky (again) and were able to enter (we draw only 1,2m). We anchored in the river behind the sand spit, dropped the Dinghy and went ashore, walking to one of the sand dunes. Of course we went up the dune for the view and then Charly got into action. We did get some really nice videos from there. the sand is so white and so fin we had the feeling of walking in fresh powder snow - hence belated white christmas. you'll see on the pictures. It seriously looked like winter wonderland with some bushes inbetween and the blue ocean in the background.

Because of the wind situation and a low pressure system coming up from the south of the south island we had to leave for the South Island today. With an early start we headed out to flat calm waters with just some swell turning into little waves at the bar while videoing this with Charly. Let me tell you, it is no problem to start or fly Charly, but landing on a moving boat is difficult! This morning we were able to slow down, that was easier, this afternoon I had to land him while sailing under Spinnaker at about 6 knots, I almost crashed him at the first attempt.

As soon as we were out action started. We saw fins which we thought belong to sharks, hammer -sharks. As it turned out a bit later it were those really rare fish: we call them "moonfish" in German, we believe it's "sunfish" in English? I was able to get some decent shots. What else happened today? Took more awesome pictures of flying fish and birds, caught 3 fish, rounded North Cape and Cape Reinga, had fish tacos for lunch and fish&rice for dinner, set the spinnaker (parasailor)- filmed it with Charly - and took it back down an hour later, set sails and took them in to find us now motoring into a beautiful sunset out at sea - my last one for this year.

I forgot: just as we wanted to enter the bar yesterday the starter went on strike and stopped his service! Marcus jumped downstairs to replace it with a spare (thank god we had one!) while the crew and I set the sails again and headed out to the sea as far as we could to be away from the bar. Half an hour later thank god Marcus had replaced the starter and we managed to stat the engine! One of these moments where you take a deep breath and start solving the problem without a word...

We won't see fireworks tonight, we won't celebrate a big party, we can't drink alcohol but we sure will have a special New Years eve sitting in T-Shirts, watching the sunset and enjoying time amoungst friends and looking forward to a happy and exciting New Year where we will wake up at see with no sight of land.

Happy New Year everyone from the ALITA boss Marcus, and crew Michaela, Sibylle and Peter - and of course from ALITA herself, little Alita (the dinghy), Wickie (the kajak), Bruno (the autopilto) and Charly (the drone)

We expect to be at the heigt of New Plymouth on January 2nd, in the morning and will then decide, according to the weather, if we have to stop (we hope not) or continue to the South Island Golden Bay. I might not write until January 2nd, we'll see.

So, you find a beautiful bay, you take a walk in the sand and enjoy beach life. After a wonderful dinner you go to bed early happy like a little baby because your bed is a little rocking - rocking you to sleep. 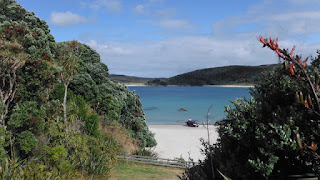 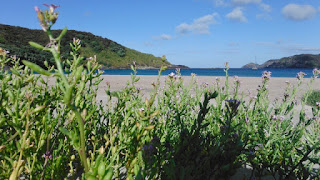 Then you wake up early in the morning, looking into a new day. What are you thinking about? Correct, you have to get the Genua sail down and sew it (before the rain comes) on deck because yesterday you saw a tear in it that the sailmaker, who just had the sail for repair and a check up (!) should have seen and repaired. Oh well. That's why we have a Singer heavy Duty sewing machine on board. This machine is worth gold. Beautiful and strong. She has already done lots of good work for Alita. Let me tell you, I have had more comfortable positions while sewing this morning, but never a more spectacular view at the same time. I am glad for all my dancing and thus flexibility. Enjoy! 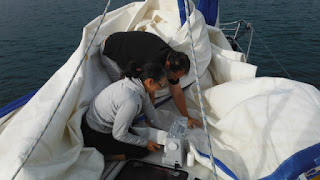 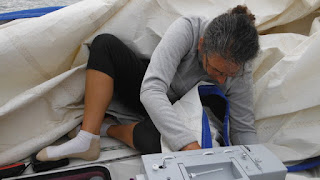 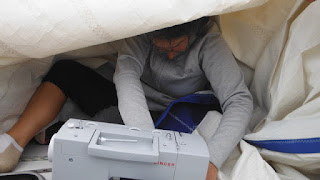 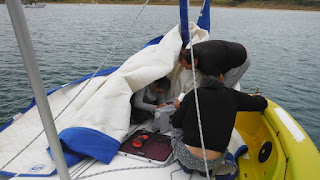 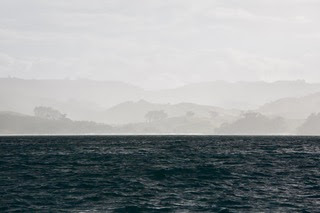 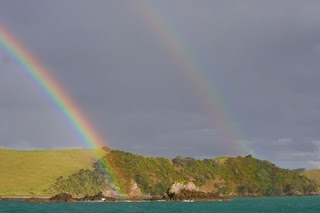 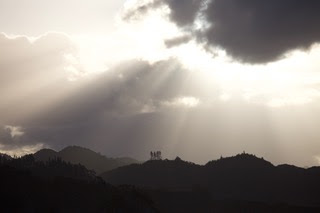 I finally downloaded the photos of our new Alita top and bottom. Her you can see the body work of the two weeks work on the hard in December before we left sailing: 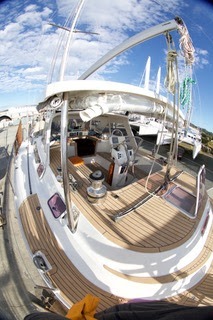 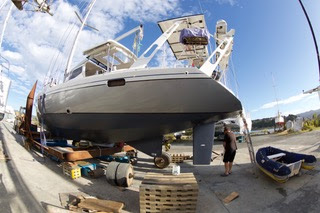 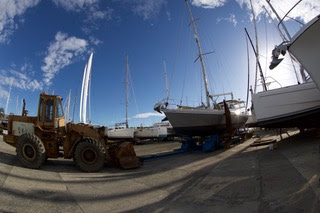 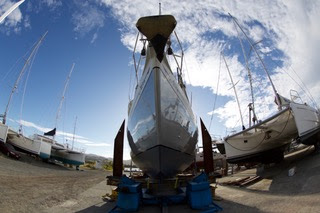 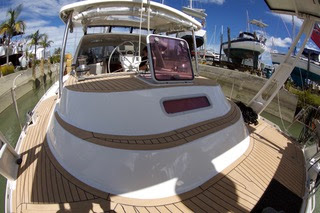 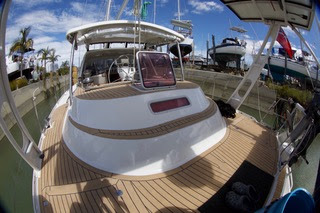 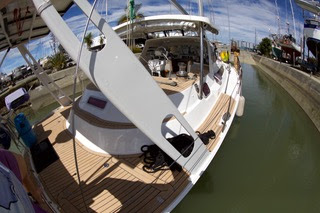 As we're sailing up the north east coast of New Zealand once again I am impressed by the beauty of nature. Nowhere in the south sea do you find prettier beaches, or more gorgeous islands. Just the temperature here is a bit too cold for nice swimming or snorkeling. But, we went swimming anyways in this gorgeous horseshoe bay….
We're enjoying my  new toy, Charly, the drone. with it we can take spectacular pictures or movies from above…See for yourself.
Cape Brett - known as the Hole in the Rock 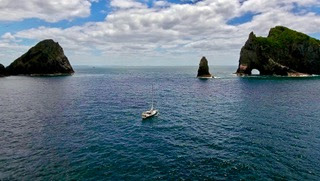 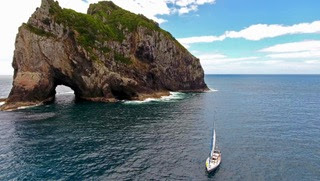 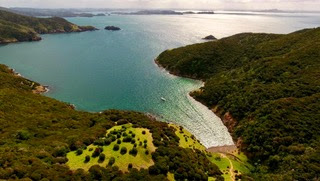 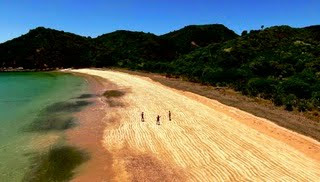 Horseshoe Bay and Whangaroa, where Sibylle, Peter and I once again climbed up to the top 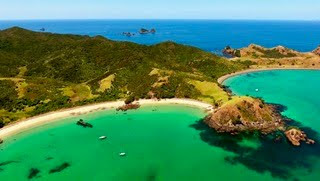 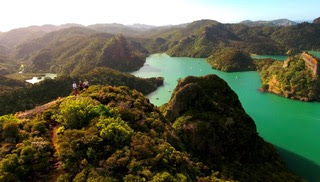